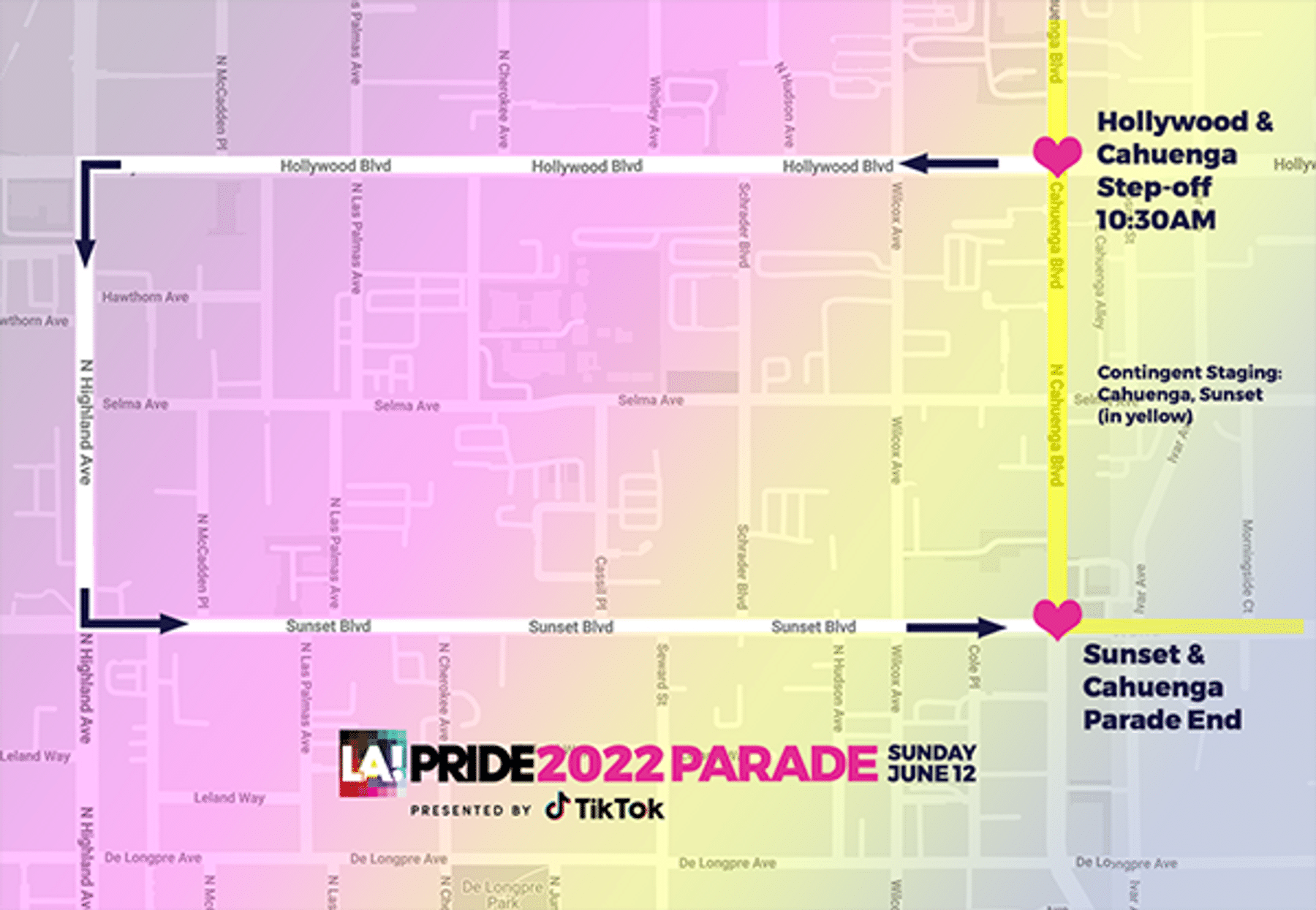 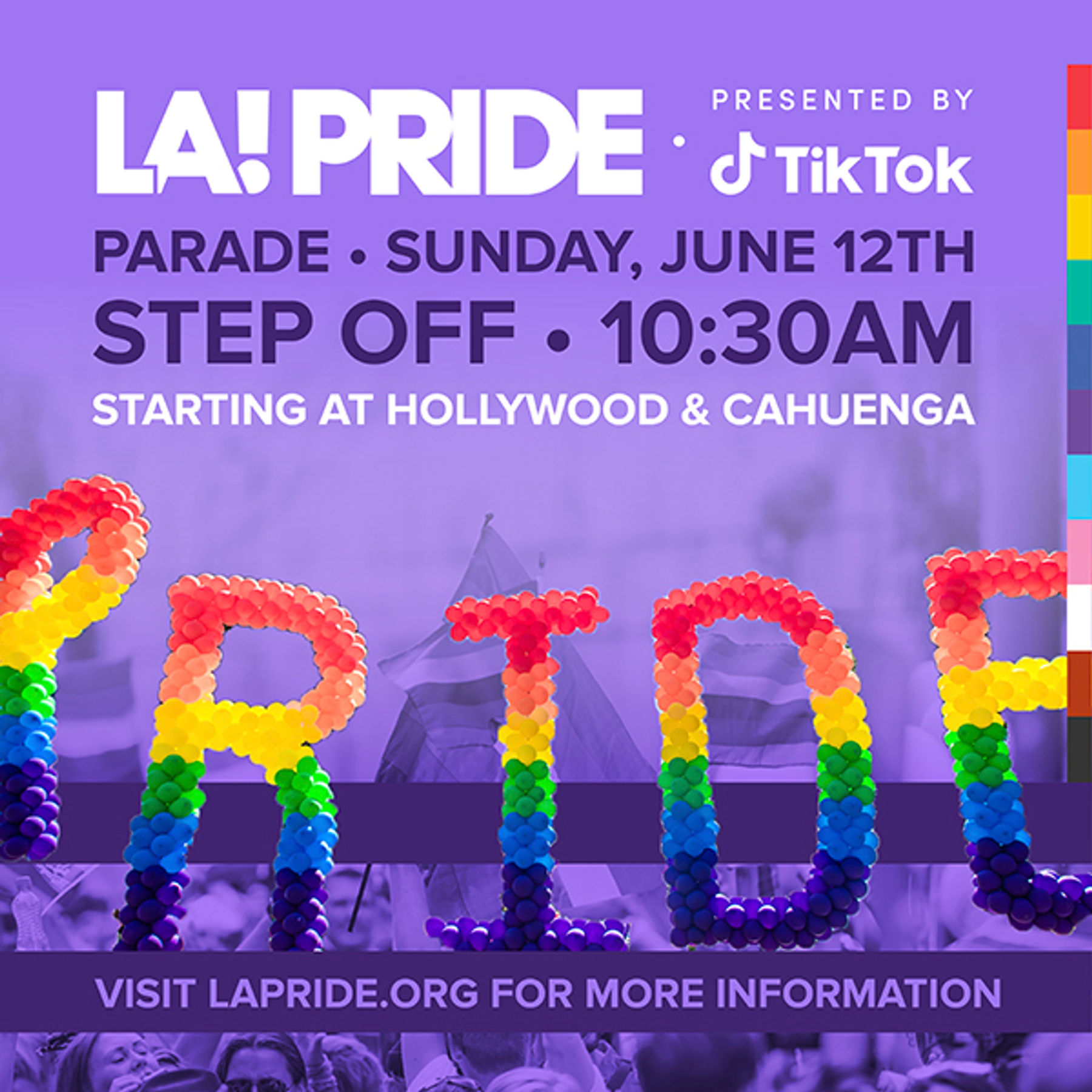 Date and Time for this Past Event

The original and iconic LA Pride Parade is on,
back in Hollywood, where it all began!

Did you know? In June 1970, we held the first permitted gay parade in the world, right here in LA, on Hollywood Blvd.

We missed celebrating our 50th anniversary in 2020 due to COVID, so this year, we’re finally bringing the parade back to Hollywood Blvd. Come out and cheer for over 130 parade floats, marchers, trucks, exotic cars, twirlers, performers and more, marching in style as only the LGBTQ community of LA and its allies can!

This year’s theme is #LoveYourPride, and we invite you to do it with thousands of your closest friends in a spirit of unity, joy, and fabulousness! After all, that’s what Pride is all about!

Our 2022 Grand Marshals are going be announced soon, and you will not be disappointed.

Be sure to arrive early to get a great spot along the parade route. Parking in Hollywood can be tough, so please consider using convenient public transportation – the Hollywood/Highland station is best – or use rideshare.

After the parade, head over to Pride Village on Hollywood Blvd. between Cahuenga & Vine, and a beverage garden on Cosmo between Hollywood & Selma. Pride Village is a new neighborhood festival organized by The Hollywood Partnership in collaboration with LA Pride.

Sponsor tents will be on the section of Hollywood between Ivar and Vine, near the Ferris wheel, community stage and vendor booths. That’s right! We said Ferris wheel!